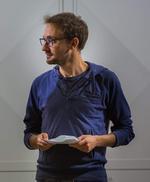 Characterization of “immature neurons” in subcortical regions of large-brained mammals

Brain plasticity is important for aging and repair. The genesis of new neurons (adult neurogenesis) is known to occur in stem cell niches of rodents and is strongly reduced in large-brained mammals, thus indicating a need for comparative approaches for translational purposes. A population of “young” cells generated pre-natally, yet continuing to express markers of immaturity (immature neurons; INs), has recently gained interest. Our lab demonstrated that they represent a “reservoir” of young cells in the neocortex, also extending into subcortical regions (amygdala and claustrum) of the gyrencephalic sheep.

As the picture of cortical INs is taking shape, scarce information is available concerning their presence/distribution in subcortical regions. The claustrum is a sheet of neurons lying between the insular cortex and the striatum, which can segregate attention (Goll et al., 2015); the amygdala is located in the temporal lobe and is involved in fear and memory modulation (Sah et al., 2003). These regions represent an important target/model to study the occurrence, distribution and amount of INs under a comparative profile, by considering widely different animal species. This study will provide new insights on evolutionary choices in plasticity, also improving our current knowledge in veterinary neuroanatomy.